Николай Стариков «The Liquidation of Russia. Who Helped the Reds to Win the Civil War?» 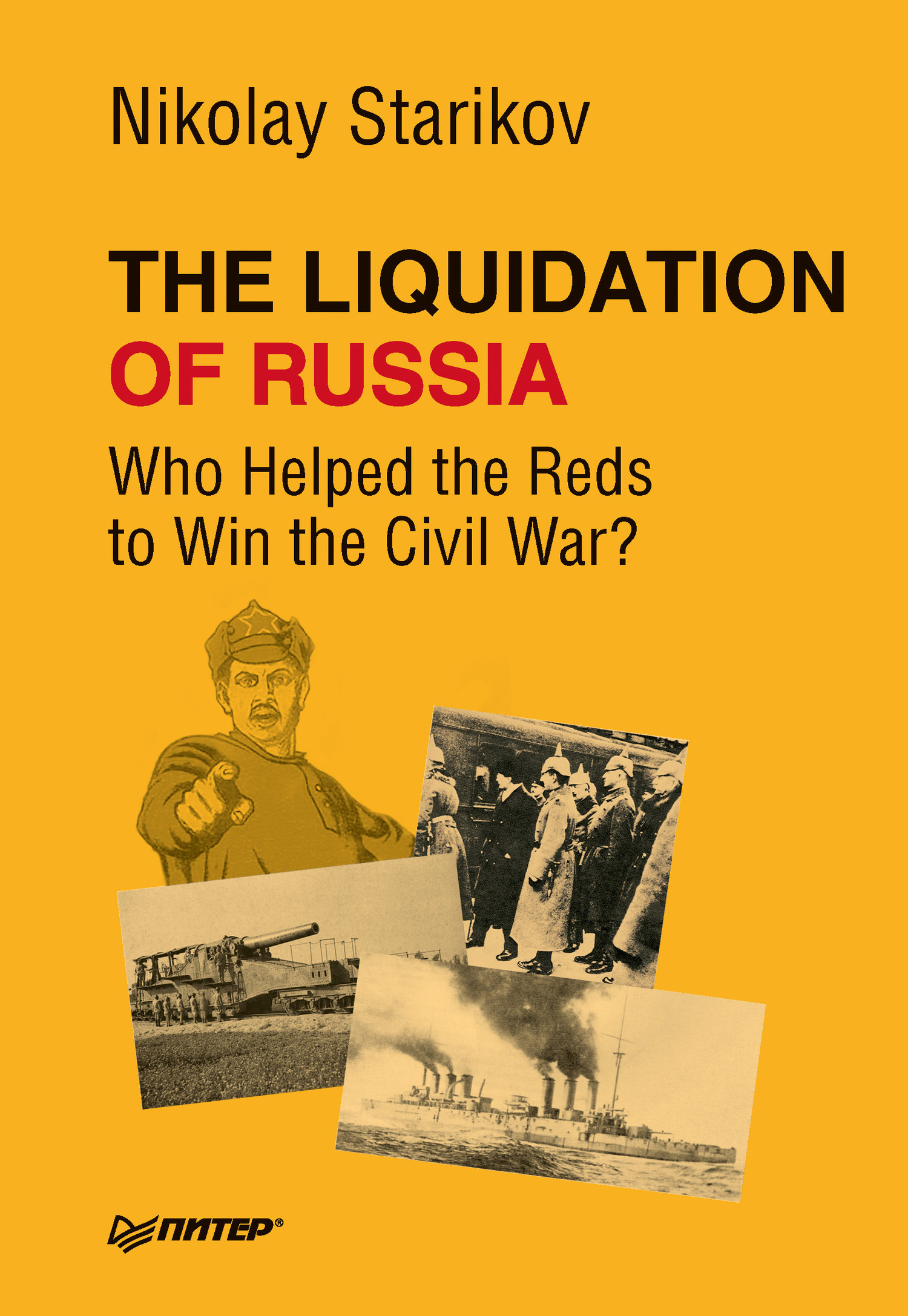 The book by Nikolay Starikov, the author of bestselling “Rouble Nationalization – the Way to Russia’s Freedom”, “Who set Hitler against Stalin?” and many others, follows the events of the Civil War. The Russian statesmanship, its territorial integrity, and the economy of the country perished in the vortex of the Civil War. The Romanovs, the Russian Navy, the Russian Army, and millions of Russians were destroyed. The consequences of this horrible civil strife have not been overcome until today. In this book, you will find a lot of little-known facts, as well as answers to many questions:

Who staged and directed the liquidation of Russia at the beginning of the 20th century?

Who needed the Russian strife and who could gain from it?

Who forced Lenin to liquidate the Tsar’s family?

Who is guilty of the murder of Nicholas II’s children?

Why did the leaders of the revolution repeatedly try to drown their own navy?

Why did Vladimir Lenin order to execute the Tsar’s family and at the same time ensured safety of other members of the Tsar dynasty?

Why didn’t the Entente help the White movement?

Why was Admiral Kolchak murdered and why did the White Guard soldiers have to fight?

Who made the soldiers of General Yudenich die in Estonian extermination camps?

Who needed to have the troops of Denikin, Kolchak, Yudenich, and Wrangel liquidated?

The burnt Russian villages and mass graves tell us the truth about the Russian strife, the truth about the outcome of the Civil War. Who guaranteed victory for the Reds, destroying their contenders? Who made this bloody merry-go-round possible? Who placed the stake? The stake on the Bolsheviks…